Yep! You Read that right! I know so many people HATE AT&T, but I have actually always had a rather pleasant relationship with them. Minus the random drop calls from here to there, I have been pleased with things they do for me! I don't know if I am just a rather lucky customer, or have a charming voice! I like to think the ladder of the two ;). This week AT&T proved to me that they deserve my business!! My upgrade date was November 2011 and I noticed a few months back that it was changed to April 2012. I kept forgetting to call about it....until Wednesday morning! My nice little Iphone,that was in GREAT shape, had a little fall after I worked out and the screen cracked. Luckily, it did not shatter, but a crack indeed is across the screen. I was super bummed since I am totally in love with my apps I have on my phone right now, ridic I know!

I called #611, I always use them instead of the store! So much more helpful!!! They did much research and got the manager to figure out why my upgrade date had changed and found nothing! They overwrited the upgrade date and are letting me upgrade in November! Such nice people! I was a pleased customer! :) They always get me what I want! Now here is to hoping that the Iphone5 is out come that time!! :) Anyone have any hints or ideas as to when that thing is coming out? I hear OCt. 4th they are releasing the details!! :)

Well Have a good Friday! I know I will enjoy my weekend with a wonderful surprise to come home to on Sunday! :)

Well it has been a little while! I have been super lazy busy. So this may ramble on!

Things have been up and down in my life lately- mostly up with only one down- that will all work out, but you know what always remeber to count your blessings!I am blessed for everyone I have in my life from my family & Fiance to my friends, & my pets to my job. Seriously tho, I am happy with where I am today! :) Remember that blessings come in all shapes, sizes, and form!! I hope that I am a blessing to all the people in my life that have been there for me so much!! I strive to be a person of strength, honor, hope, and happiness! I may not have all the answers, or always know what to say, but I know God has a plan for each of us! And everything works out! ANd God has put us in eachothers lives for a reason! So remember to take everything in on this journey of life, and remember those that have helped/blessed you through this journey! And repay the favor along to someone else or back to that person when needed!!:)

This weekend my friend Randi came down! It was so great to catch up Friday night and ride around the ranch. She is such a strong individual and is beautiful inside and out!We went to the Fredericksburg Trade Days! Def got some great buys and cannot wait to refinish some of the items I bought!!!! Oh, I almost forgot she also made me this awesome Cross for my birthday! Along with 4 coasters!

I am going to Aggieland this weekend to see friends, celebrate my birthday, and watch the Aggies BTHO OSU! I get to attend the game with my brother-in-law since my sister cannot attend! I Cannot wait to hear and see the 12th Man and be back to the town that stole my heart many years ago!! :)

Living out on the ranch we have a gate entrance! Yep, we are fancy! Don't be jealous! Well last last week this oh so wonderful gate decided to break. I push my button top open the gate to only get...


An almost half way open gate. It thought about opening all the way, then shutting, then opening, then shutting, before stopping and giving me the picture above. Hmmm....I sat there pondering how I was going to fix this. At the ranch we have no cell phone service, luckily I have a cell phone booster and could get a few bars. I called Josh, who once again is 12 hrs. away- no answer. (note: this will probably never change. I still call my dad for everything else not dealing with the ranch and I havent lived at home for 7 years!) Anyways long story short. I slightly panicked not thinking there was a way to get in, but remembered there is another gate with a code I could have gone in as well. But just had to drive down a dusty road and i had JUST cleaned my car the day before. I called Bob because the owners were coming to town the NEXT day and the gate was broke! He advised me to try and unscrew bolt and leave it open, this was important because Ramona the cook was coming out that night and needed in and drives a navigator so would be harder to fit. So after Zippy (my car, yes her name is Zippy) squeeeeezed thru at an angle that took a few 3 pt turns to accomplis the angle, we made it through!

hmm...now for this bolt thing...Where is it? .I made trip home 1st to change, go to the restroom, grab rock & then headed back to the front gate to try and find this "bolt. After some trial and error and another call to Josh I FOUND it...and the dang bolt was too tight from me to loosen with my own "non rough" hands! So I head back up to the barn to get a tool.(mind you its over a 1.5 miles to my house, main compound, and barns from front gate) I decide to be proactive and grab two tools in case one didnt fit. Go BACK to the front, and dang the luck I still cant get it. SO I text Bob, and ask him what he wants me to do. I get back to the main compound, and he ask me to unlock the other gate so she can get in later. so BACK up to the front I go, and down the DUSTY road to unlock the gate. Glad that was all sorted out, 1 hr later. HA.

Accomplishments: 1 unlocked gate that wasnt used, a still half way open gate, & A filthy car that was just cleaned, no workout or horse ridden

Gate was fixed the next day. Currently still working! :) Just hope if it breaks again it is half way so I can squeeze thru again.

Welp, until next time!

So not only do we have deer and exotics at our ranch, but we also have cows! Awe sweet annoying little cows. Now I am an animal lover of all and will help any animal out! I mean I tried to bottle feed a calf on my own for 1.5 hours...which was unsuccessful because he did not take it! BUT I did get a killer work out in. He is doing fine on his own. I feed him everyday, not milk just feed. His name is Norman!

OKAY back to the story of the cows. This past weekend I went for a nice evening ride on my horse. There were four cows & Spanky (the ram who thinks he is a cow, Literally) up around our house before I left. When I return, there is water shooting out of a pipe straight up into the air. WTH? I of course go into panic mode of "Oh Snap, what the heck am I going to do? I don't know how to fix a busted pipe...Stupid cows you bust my pipe with no consideration that it is just me out here." So what do I do? RUN to the house and call Josh! Then Bob, Then Travis! I got the water turned off & was told it would either get fixed that night (well it was already 7:45pm so I doubted that) or first thing in the morning! No biggie! Down side--our house & Coup's water is all connected on the same water line so I had no water as well. Stupid Cows. Well it ended up getting fixed at some point that night because when I went to bed I had water! :) Miguel had come to the rescue, and without my knowledge of knowing he was ever there. ha.

Sunday morning rolls around and I decide to go for another ride...same 4 cows are still around. I am proactive and block the pipe so they cannot brake it again. which would be the 2nd time in 1 week. I then begin to wonder where the rest of the herd is. Hope they didn't all die? Is that possible for 14 cows to all die at the same time? oh no. So I proceed with my ride, get home and rinse off coup and feed & still no cows.

About 7 hours later I FIND THE COWS while enjoying a movie on my couch. Where'd I find them? IN MY FLOWER BED- which should really be called a rock bed. No flowers just decor. Ugh. Stupid Cows again. Have you ever tried to scare a cow, and it is like scaring a human right in front of their face, AFTER you have told them "hey, I'm about to scare you" Yep, they don't move. I resorted to tossing rocks at them, hey they were ruining my nice flower beds, and making a mess of trash, Don't Judge. I was soo aggravated with the mess they made. All I ask is STAY AWAY FROM MY HOUSE and THE WATER LINES! Is that too much for a girl to ask?

In the end, I was happy to not lose the herd, but not happy with the beating my house took in the process. AND to top it off Boss Man was coming in Tuesday, in which I found out Monday. Awesomeness. So motto until the end of the 3 months "Don't Lose the herd" I almost failed this past weekend!

Until next time!
The Herd Keeper, 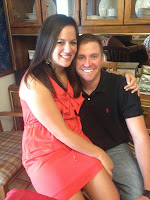 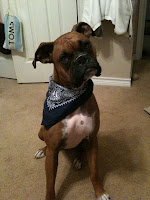 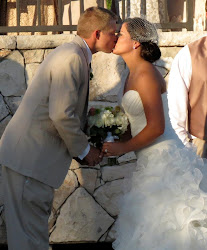